ANTI-SLIP WITH A UNIQUE GRIP

The back features a textured design that prevents fingerprints so that the device can retain its pristinelook at all times.

PLAY MORE. With a PROCESSOR that Performs Faster The Redmi 9 Activ runs MIUI 12 is based on Android 10 and packs inbuilt storage that can be expanded via microSD card (up to 512GB) with a dedicated slot. The Redmi 9 Activ is a dual-SIM (GSM and GSM) mobile that accepts Nano-SIM and Nano-SIM cards. The Redmi 9 Activ measures 164.90 x 77.07 x 9.00mm (height x width x thickness) and weighs 194.00 grams. It was launched in Carbon Black, Coral Green, and Metallic Purple colours. 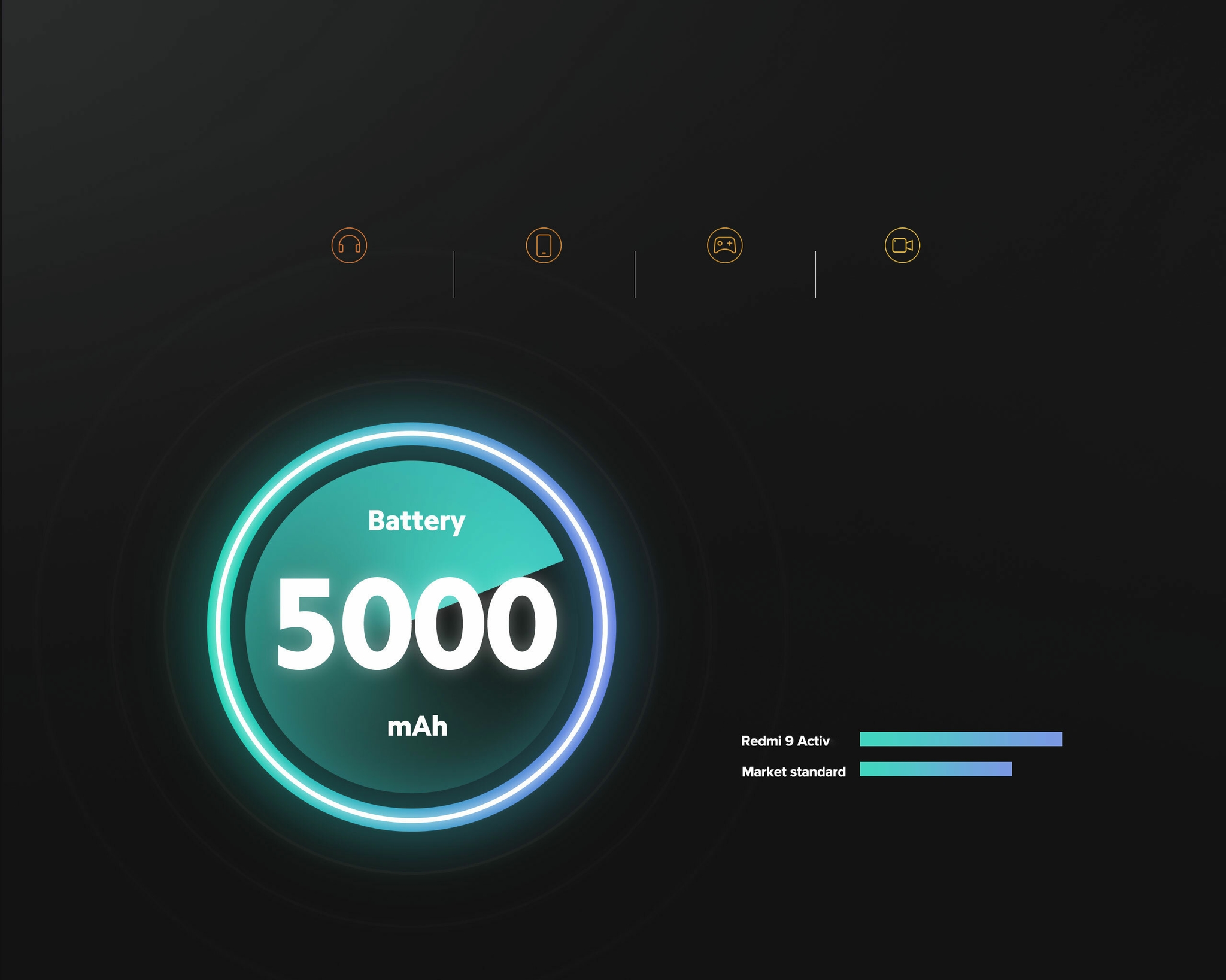