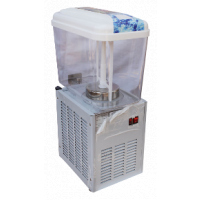 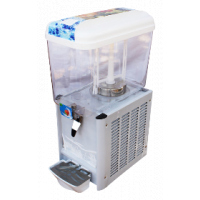 A juice dispenser is one that dispenses or gives out, especially a machine or container that allows the contents to be removed and used in convenient or prescribed amounts.

In accordance with the preferred embodiment of the present invention, there is provided a beverage dispenser which includes a housing for supporting the internal and external components of the beverage dispenser.
The housing is designed to hold one or more liquid containers filled with a liquid such as a fruit or vegetable juice concentrate.
The housing may also include a refrigeration unit to maintain the liquid within the container at a proper temperature. Connected to the face of the housing is preferably one or more dispensement nozzles from which a final liquid product is dispensed to the consumer.

A sealing mechanism which preferably incorporates seals such as O-rings is used to substantially seal the flush valve between the container adapter and the connector bottom.
The container coupling mechanism also includes a seating arrangement which is used to assist in sealing and orienting the container adapter, connector bottom and flush valve.
The dispenser may also incorporate an electrical circuit and/or control circuit to control the operation and/or flushing of the dispenser.

The fluid metering mechanism is a modular component which simplifies maintenance and repair of the dispenser and further reduces leakage. 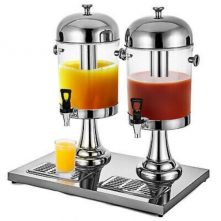 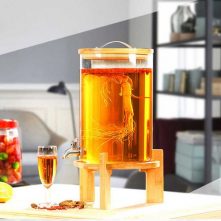 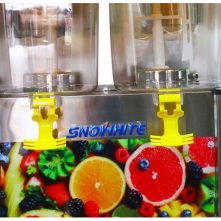 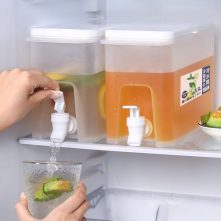 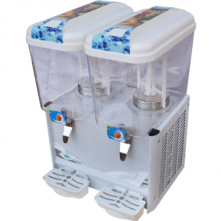 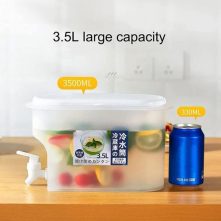 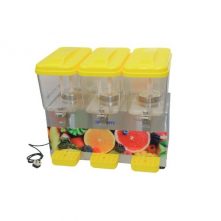 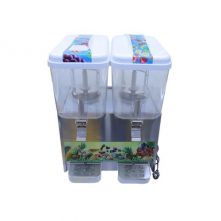 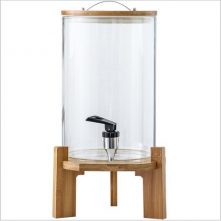